The Gulfstream G650 is one of the most luxurious private aircraft available on the market today. This business jet can carry 11-18 passengers, and costs around $65 million.

Interested in learning more about the companies and people who own a G650? Read on!

Starbucks is one of the most successful companies in America, so it’s no wonder that CEO Howard Schultz has access to a Gulfstream G650. When you run a company with a market capitalization of more than $82 billion, you’ve earned the right to a few luxuries!

Mr. Schultz, in particular, has been instrumental to the growth of the company, and is worth more than $2.9 billion. He was responsible for the founding and growth of Starbucks since the early ‘80s.

While he has recently resigned as the CEO of the company, and now only serves as an executive chairman alongside newly-named CEO Kevin Johnson, he is still essential to Starbucks and their continued operations.

Valeant Pharmaceuticals has been the subject of some controversy recently. There were allegations that Valeant, as well as hedge fund Pershing Square, run by Bill Ackman, were responsible for insider trading – and over the 2017 winter holidays, Valeant worked out a deal to pay $290 million in restitution to groups of shareholders. Pershing Square Will have to pay more than $190 million for their part of the insider trading settlement.

While the company may still be struggling, they are still lucky enough to hold onto their Gulfstream G650. At least their corporate lawyers will be traveling in style! 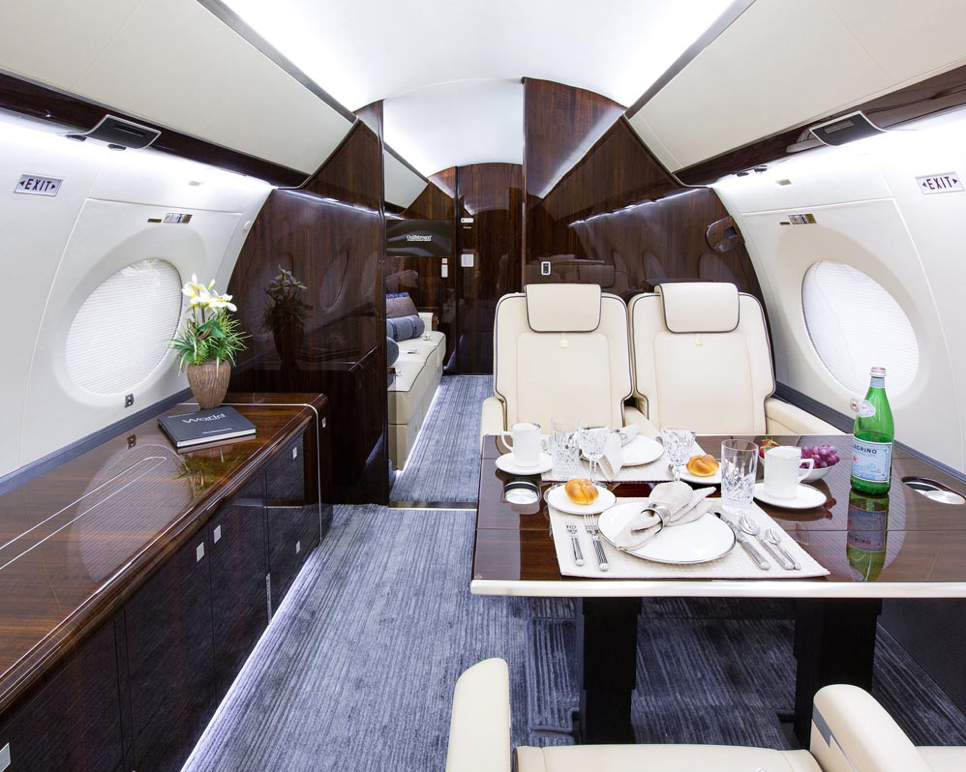 Laurene Powell Jobs, the wife of the late Steve Jobs, still has a Gulfstream G650. Apple, and Steve Jobs in particular, had a profound influence on our world. From the way we take photos, to how we interact with each other using smartphones and computers, it’s hard to overstate how revolutionary Mr. Jobs was to our modern world.

Though Mr. Jobs departed from us too soon, his private jet still remains with his wife, who can now use it as part of her philanthropic work, which primarily concerns environmentalism and immigration reform, among other social issues.

It should come as no surprise that the gadget-loving Elon Musk, head of both Tesla and SpaceX, has a pricey toy in the G650 Gulfstream private jet. But unfortunately, both SpaceX and Tesla are undergoing some major budget issues.

There are doubts that SpaceX will ever be profitable, and Tesla recently announced a recall of more than 123,000 Model S vehicles due to faulty steering components. So, it’s perhaps ironic that Musk can spare such a large sum for a private jet – while his companies struggle to forge a path into the future. For now, maybe he should consider a smaller plane, chartering his next flight – or even just flying first class!

Chartering A G650 Is Much Cheaper Than Owning It!

While owning a private jet is out of the question for most companies, chartering a G650 is quite a bit cheaper than owning one. In some cases, companies can charter one of these craft for less than $10,000/hour. So if you’re not quite on the level of Steve Jobs, Elon Musk, or the Starbucks CEO, you can still get into a Gulfstream – just don’t expect it to be cheap!