The Digital Age leaves no industry behind, not even relatively exclusive ones like business aviation. In 2019, it’s professional suicide for a company to ignore data gathering opportunities. This year will see a rise in private aviation companies utilizing intelligence software, and in turn, providing customers with a more modern experience.

What technology will play a role in business aviation this year?

Given that business aviation only claims around 30,000 end-clients, it is difficult for the industry to gather the same sort of large scale data that commercial airlines have readily available. However, more interactive analytics services are stepping out onto the scene, providing a unique opportunity to businesses in the industry.

These services will give better insight into things like buying trends, flight patterns, and fuel usage. They can also present simpler opportunities for assessing safety.

How does this impact the customer experience?

It’s impossible to fix something without knowing that it’s broken in the first place. Analytics services will point out any glaring issues to a company that may have otherwise flown under the radar.

Utilizing this type of service can also allow customers who have chosen to travel by private jet charter to complete an assessment of their experience, which would be automatically fed into the software to produce quantifiable statistics about customer satisfaction.

Analytics services can also be used to create things like flight maps and price comparison charts that will simplify the private jet charter selection process for customers. Providing verifiable data comforts customers by signaling to them that they have chosen to work with a reputable company.

While we at Jet Partners certainly respect and value digital data, we did not need modern trends to tell us how important it is to operate with fairness and transparency.

Jet Partners has long upheld a policy of providing customers with safety reports, should they request them. Third party auditors rate individual operators, as do crew on each flight, so that we can assess whether or not they meet our standards.

Additionally, Jet Partners will gladly offer price comparison data, as there is nothing to compare at all. We will match or beat the price of any other private jet charter company.

The importance of learning more about the business in which we operate cannot be overstated. We are excited to embrace evolving intelligence trends within the private aviation industry, even more so because we have never shied away from relevant data collection.

Last month a Virgin America flight from LAX to London broke the record for the fastest speed on a commercial trip. At 801 mph the Boeing 787 nearly broke the sound barrier while 35,000 feet above Pennsylvania on its way to Europe. Average speed on this aircraft range between 550-600 mph, nearing an increase of 30% in speed on this flight. The aircraft was able to reach such high speeds by flying in a highly concentrated jet stream that propelled the flight to reach its destination nearly an hour faster than projected. The almost 11-hour commercial plane was able to reach London from California in under 10 hours of flight time.

Jet streams are rivers of air currents that travel west to east across the planet and can often change direction over bodies of water and exist in higher altitude where private and commercial flights find their cruising altitudes. Over the last month, the jet streams have been reaching extreme levels due to a combination of abnormally hot air in the Southern US with unusually low temperatures in the North.

On the contrary, flights going the opposite direction from East to West have taken between 10-20% more flight time as the aircraft are taking longer to fight the high currents and reach their normal flight speed. 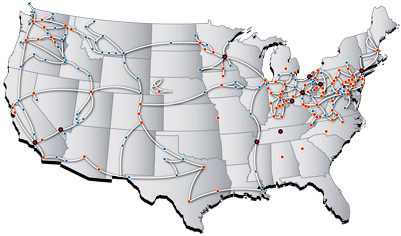 Empty leg’s have become a popular topic as many charter fliers are looking for a discounted way of flying private and others are surfing the web to try and fulfill that experience and cross flying private off their bucket list. Being knowledgeable about the topic can you help you in your future search.

Empty legs are flights that are scheduled to fly without passengers back to their home base or to connect to an already scheduled charter flight or aircraft owners trip. In order to entice customers to jump on board of these flights the retail price on that particular aircraft is usually discounted anywhere from 20-35%, and as much as 50-60% if the scenario presents itself to work perfectly point to point to the schedule of the customer and operator.

Many people wonder why aircraft owners or management companies wont just take a couple thousand dollars if the flight is just going to go back empty. Although that is factually true, aircraft owners can take the repositioned flight as a loss on their taxes in turn not actually taking the financial hit to their bank account.

Most empty legs are geared to those fliers who are very flexible in when and where they want to go. For instance, if you don’t care if you left on a Sunday night or a Monday morning and are able to travel to White Plains opposed to Farmingdale you might be able to save money on your next private charter. Every scenario is a little different depending on the aircraft travel schedule and how badly that aircraft needs to move from one airport to the next to fit future trips.

If you want to look at our open empty legs page on our website, we have hundreds posted each day and updated on an hourly basis. Below is a link, you can even sign up for e-mail updates if a specific routing you have in mind pops up in the future.

The world of charter jets may have just been changed forever. We keep a close eye on the charter jet industry – and the most recent news from Zunum Aero and JetSuite, Inc will certainly have ramifications in the world of regional charter jet transport.

In late May, Zunum Aero – a pioneering electric aviation company – and JetSuite, Inc., one of the largest private aviation companies, revealed a deal that would provide JetSuite with up to 100 of Zunum Aero’s hybrid-to-electric aircraft, slated for delivery in 2022.

Is Zunum Aero The “Tesla” Of The Private Aerospace Industry?

In many ways, this seems to be the case. Zunum Aero is using existing technology in novel ways, in order to disrupt the age-old industry of private aviation. There has not really been a revolution in the world of aviation for years – only a gradual evolution, as companies focus on more streamlined, economical, and comfortable private aircraft, and novel business models.

But Zunum Aero could change all of that. The Zunum aircraft is designed to seat up to 12 passengers, and uses a unique hybrid-electric model that dramatically drops fuel consumption, allowing for more inexpensive and economical service to regional hubs within 1000 miles of home airports.

In addition, § has said that the carbon footprint of the jet will be 80% lower than comparable chartered jets. Low emissions and noise will also allow the jets to cruise along more than 5,000 underused airports that are typically off-limits to charter craft, due to their proximity to residential areas.

Recently, Zunum Aero also revealed that their jets will have a maximum cruising speed of 340 mph, as well as a very low runway requirement of 2,200 feet for operation – ensuring that the craft can easily take off and land at smaller regional airports.

Ideally, airline companies using Zunum Aero flights will be able to offer both charter jets for regional routes, and may also be able to open up faster, regular service between popular regions of the country that are currently not accessed by air – such as flights from San Francisco to L.A.,

Zunum Aero is continuing to innovate, and is slated to begin test flights and other such tests in 2019. It remains to be seen how the technology will function in a real-world environment, but charter jet companies like JetSuite seem to be highly confident in Zunum Aero’s ability to deliver – and to refresh the aging, $1 trillion market for private and charter aircraft.

So keep an eye out for future developments, and information about Zunum Aero. The “Tesla of Aviation” is sure to make exciting moves in the future, and will continue to revolutionize the world of regional and charter air travel.