It’s that time of year again when the days are getting longer and the first major golf event of 2014, The Masters Tournament, is getting ready to start in Augusta, Georgia.  Adam Scott of Australia took home last year’s green jacket. The last two Americans to win on their home turf were Bubba Watson and Phil Mickelson, who both have quite a large fan base which will hopefully draw even more spectators.

Augusta National Golf Club, which hosts The Masters every year, has some of the most powerful and wealthy members in the world.  Bill Gates and Warren Buffett, who happen to be number one and four respectively on the 2014 Forbes billionaires list, are two of the more notable members of the prestigious club.

The tournament starts on Thursday April 10th and continues through Sunday April 13th. The Masters attracts thousands of golf’s most enthusiastic fans every year.  A great number of the spectators are successful business men and women that love the game. Because of Golf’s fan demographic it is a prime target for sponsors who wish to reach the upper echelons of the business world and “high society”.

Many of the players will be traveling to Augusta by private jet. The two closest airports are Augusta Regional (AGS) and Daniel Field (DNL).  Last year’s winner, Adam Scott, owns this 1989 Gulfstream IV and a 2010 Gulfstream G450. According to our friends at Flight Aware, it looks like this aircraft was in Augusta on March 24th before heading to Nassau, Bahamas.  It’s likely he was there to get in some March warm up rounds before heading to the Islands for some pre-tournament relaxation.

Adam Scott is not the only tournament winner traveling in style.  The Tournament Champion from 2004, 2006 and 2010, Phil Mickelson owns a Gulfstream G V jet pictured below. 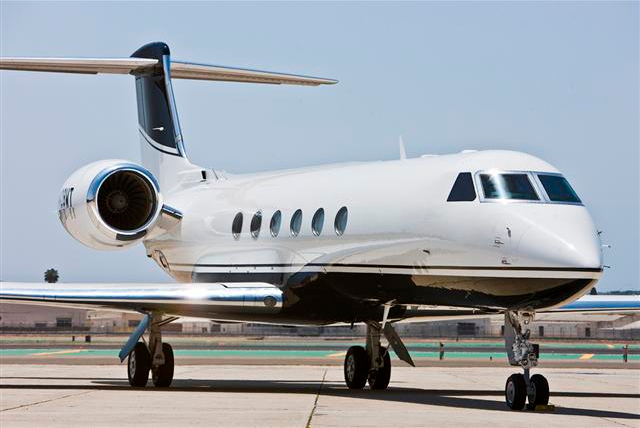 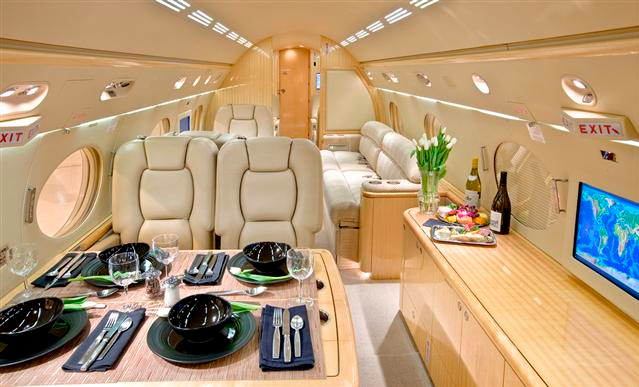 While the average professional golfer may not have the means to own such aircraft it doesn’t mean they can’t travel in the same comfort.  Many players and fans will be chartering private jets and aircraft to get to the tournament.  Those who elect to do so have their choice of airport, minimal ATC delays, no security strip searching, etc.

If you are interested in chartering a private jet to this year’s Masters, or would like to learn more please give Jet Partners a call.  As the tournament date approaches aircraft availability will become more and more limited so we encourage our customers to book their flights as early as possible.  Jet Partners’ representatives are on call 24/7, so give us a call and let us help you plan the ultimate golf fan experience. 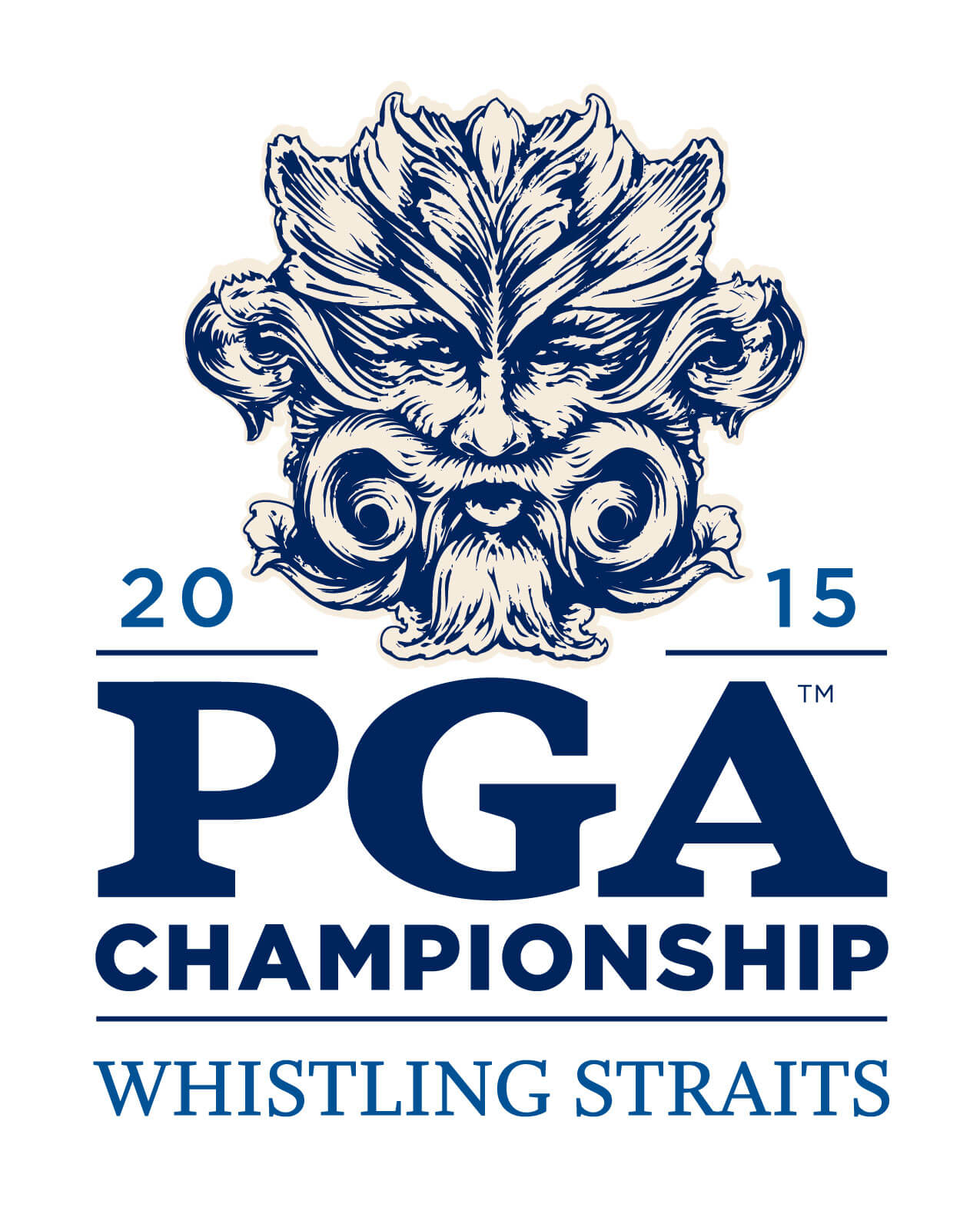 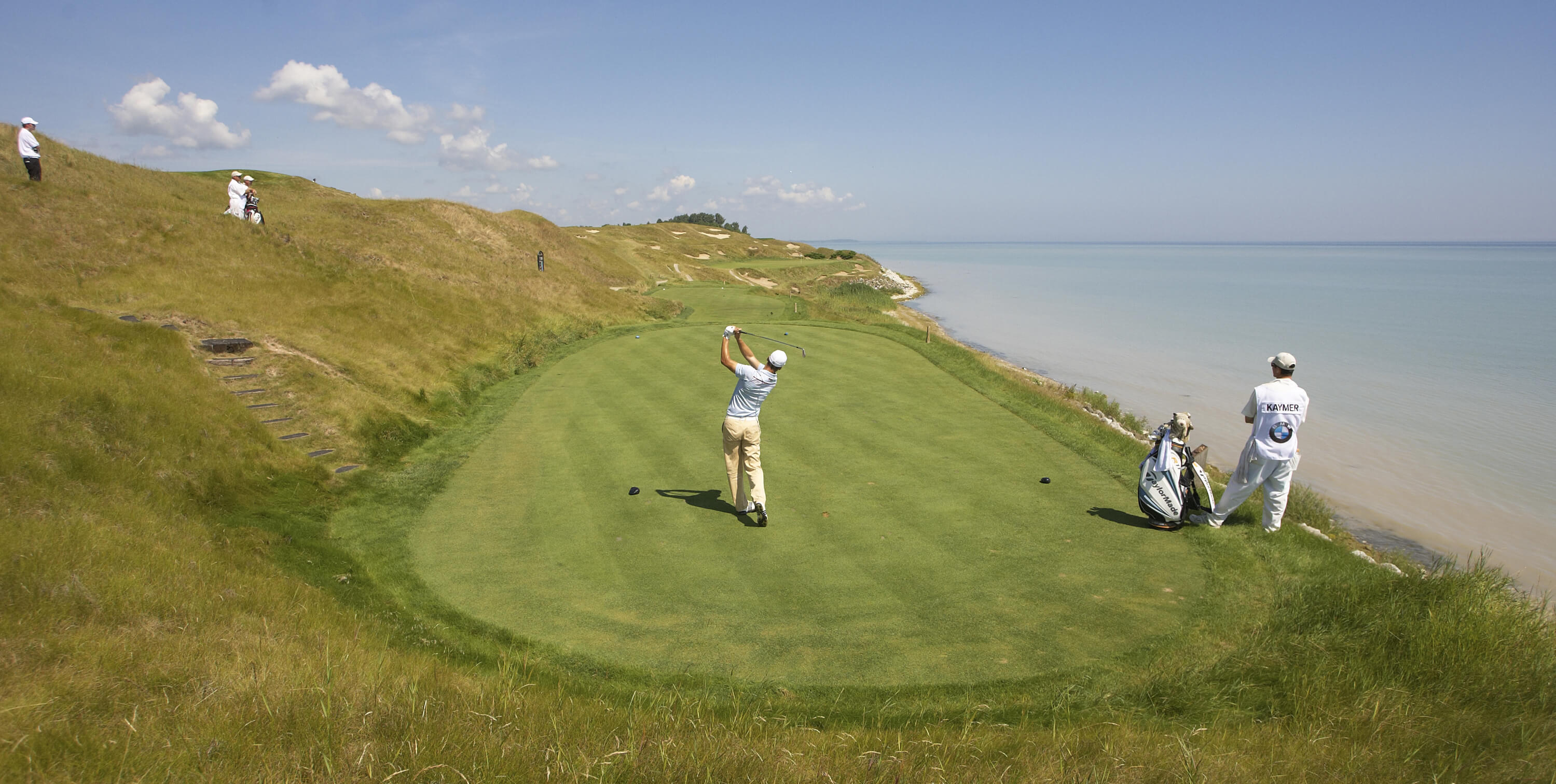 Recently Golf Digest Magazine did an article titled 13 Elaborate Golf Gifts and one gift mentioned was a golf outing using a private aircraft from Jet Partners. 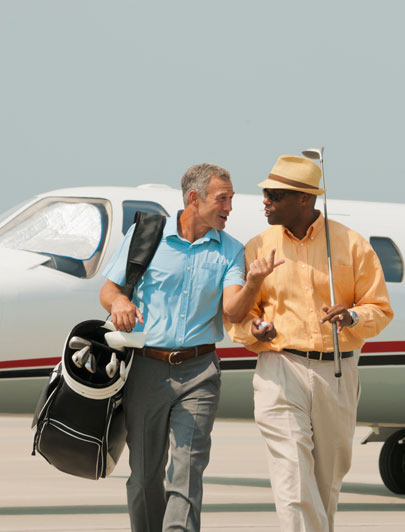 Of course, to really do a golf trip right, you don’t waste your time with security lines, layovers, and screaming babies. The ideal golf vacation includes your own private aircraft shuttling you to and from the destination of your choice. Looking to fly you and your golf buddies private from the New York area to Bandon Dunes? Prices start at a little more than $41,000 according to Benton Morgan, managing partner of Jet Partners Worldwide, which offers on-demand private jet” rental and air charter services. A New York to Pebble Beach trip for eight passengers will cost you about $53,000. It might cost a hair more than a middle seat through Oakland. But think of all the work you’ll catch up on along the way! “

Jet Partners is extremely experience arranging golf trips for clients just playing single rounds or going on week long golf excursions.  We can get you and your party closer to the courses you wish to play in less time letting you spend more time on the links and less in lines at the airport.   Anyone who has traveled on a commercial airline with golf clubs knows how stressful and annoying it can be.  Leave all the worries at home and travel in luxury; knowing your clubs are safely on board.  We can arrange the best private jet or aircraft for you that will be able to accommodate all of your passengers, along with golf clubs and luggage.  If your choice aircraft cannot fit all of your needed gear, Jet Partners will arrange for you clubs or luggage to be shipped overnight so they are waiting for you when you arrive at your destination.

Check out empty leg listings at airporst near popular golf courses in the United States:

To get information about booking a private jet or aircraft for a golf outing, either as a gift or for yourself, call Jet Partners today.  Aviation and Golf are two things our staff is passionate about.  Take advantage and start planning the ultimate golf getaway now!