When it comes to celebrity families, no one racks up more jet card miles than the Jolie-Pitts. Angelina Jolie and Brad Pitt are Hollywood’s favorite pair of actors, parents, and humanitarians, and they’re also both certified to fly private jets. That’s fitting for a couple who adopted children from three different countries and own homes in France and Los Angeles. 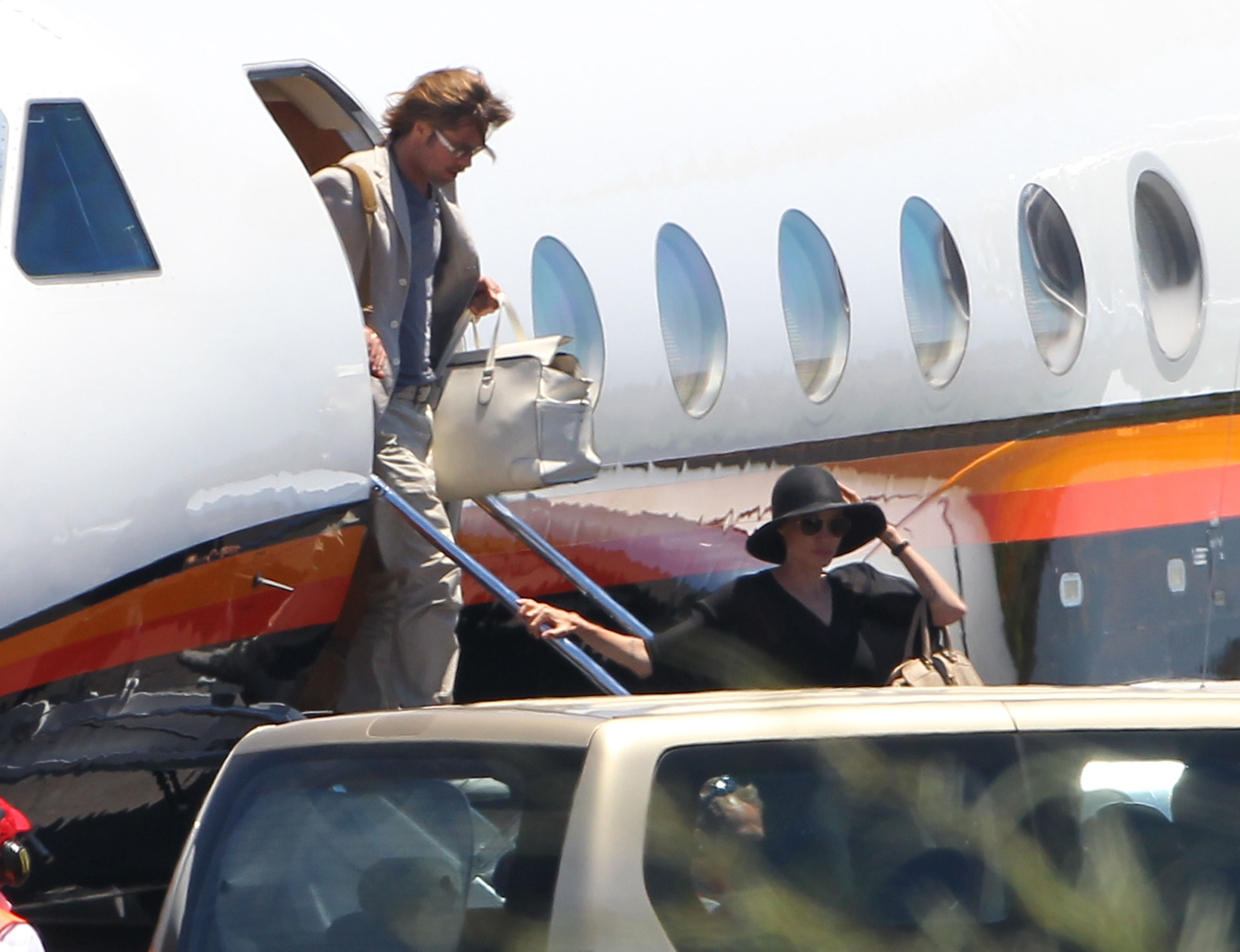 In fact, rumors once swirled that Brad bought a pre-owned jet for his partner, who became an instrument-rated private pilot in Great Britain in 2007. Brad also has a pilot’s license, but neither will fly with their children in tow unless they’ve had recent experience at the controls.

Last summer, Angelina and Brad worked simultaneously for the first time in their seven-year relationship. While she directed Unbroken in Australia and Hawaii, he starred in Fury in the United Kingdom. Private jets allowed them to make up for their broken parenting pact: instead of taking turns with their six children as usual, they decided to jet back and forth between continents all summer long.

During one whirlwind week in August, Angelina brought her children from Australia to Tokyo, where they stayed with dad Brad until he brought them back to the Land Down Under for another family getaway the very next weekend. There’s apparently no such thing as jet lag for these international travelers. 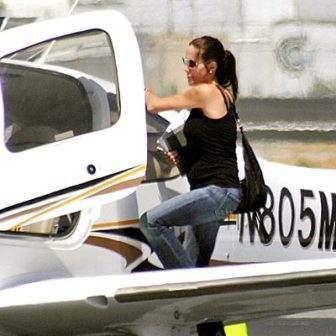 Angelina reportedly earned her pilot’s license in order to carry out aid missions for the United Nations. Now, she uses every opportunity to expose her children to the same worthy causes, and private jets allow her to do that. She took son Pax from Los Angeles to New York for her appearance before the United Nations Security Council, where she discussed war crimes that affect women and children. She also invited daughter Zahara to the Netherlands, to attend war crime trials in the International Criminal Court in The Hague. A year later, Zahara and son Maddox even tagged along for a flight from Los Angeles to London, where their mother met up with UK Foreign Secretary William Hague.

More families are choosing to charter in 2014, but for the Jolie-Pitts, private wings have always granted them the freedom to travel as a family unit (and make pit stops to support good causes along the way).

If you want to learn more about traveling like a celebrity or would like to price out a charter flight call or email Jet Partners today!